Who is considered guilty of theft?

As per Section 378 of the law, “Any person who is engaged in stealing an item which is capable of being stolen, is considered guilty of a crime.”

“Stealing” or theft involves acquiring something which is capable of being taken by unlawful means and using it for one’s own benefit. If an individual intends to deprive another person of an item or property, he stands accused of stealing and theft.

For more information on cases related to theft and stealing, make a call to our team of Criminal Defence Lawyers in Perth who will assist you in reaching the best possible conclusion to your case. 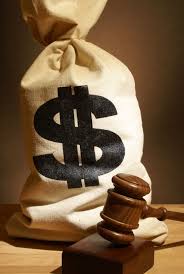 WHAT CAN THEFT LAWYERS DO?

If found guilty of theft and stealing, the probability of imprisonment is quite high. The legal circumstances that are associated with various theft offences differ from case to case. A good theft lawyer should be able to guide you through the whole legal process in court.

The quantum of punishment also depends upon the worthiness or value of the item that has been stolen. Consult a qualified criminal lawyer to understand the legal implications of your specific case.

If found guilty of theft and stealing while serving as a public servant, the legal ramifications are quite serious along with harsh penalties. Allow an efficient Theft Lawyer in Perth to advise you on how to proceed with the legal formalities.
Stealing a motor vehicle is a big-time offence in the eyes of the law and if found guilty of such a crime, make sure you hire the services of the best criminal defence lawyers in Perth.

SERVICES:
It’s not very difficult to fix an appointment in advance with the best lawyers in the business. An in-depth discussion with a theft lawyer will give you an idea of how to proceed with all legal formalities.

For more information, please get in touch with our experienced team of Criminal Defence Lawyers in Perth, who are adept at handling such kind of cases.